2017 Construction Industry Trends: What to Expect 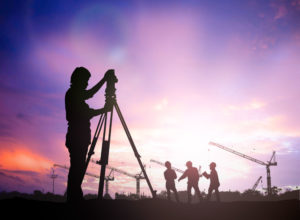 All in all, 2016 was not a terrible year for construction. Our economy is well on its way to recovery from the 2008 recession, but construction starts, which often telegraph the trajectory for future economic growth, showed more modest gains than expected.

Total construction projects in 2016 were valued at $674.4 billion, just a one percent gain from the year before. This largely static trend may seem to indicate a slowdown, but negative industrial growth tempered significant growth in housing and commercial development. As Dodge Data’s Chief Economist Robert Murray put it, the construction industry is “moving into a more mature phase of expansion,” which means that more increases followed by a legitimate lull could be on the way.

In light of this predicted hump-shaped graph, Dodge projects a five percent overall bump in construction project values from the year before, totaling $712.9 billion. To learn more about how they predict each sector might fare in the months ahead, read on:

Residential housing and multi-family unit starts plummeted in 2009, but have climbed their way back up since. Starts for single-family dwellings increased seven percent last year and project values jumped nine percent. Dodge anticipates that a larger bump of 12 percent in value and nine percent in overall starts for single family homes could be on the way in 2017.

In the multi-family sector, things look a bit more static. Apartment buildings and the like rebounded solidly after the 2009 housing market collapse, fueled by uncertainty and an aversion to mortgages in a volatile economy. In 2012, for instance, multi-family housing project values shot up 37 percent. This double-digit growth continued until last year, when the sector experienced a mere three percent increase in project values and a five percent decrease in starts.

Multi-family projects in 2017 are expected to slow again in 2017 by a miniscule two percent, while project values are anticipated to stay almost completely flat. The good news is that consumer outlook on homeownership has improved now that millennials are finally starting to embrace owning over renting.

Retail took a bigger hit than was largely visible following the 2009 downturn, and recovery has been slow. In 2016, project values increased by 12 percent for all commercial development, but total square footage built shrank by 14 percent.

These seemingly contradicting figures are the result of an increased interest in renovations compared to new construction. “Alteration values trend upward,” in the words of Murray.

Dodge expects modest six percent growth overall in the commercial sector but a boost in retail space construction by five percent, or 102 million square feet. Warehouse space, which grew by three percent last year, is still in high demand, which will likely lead to a two percent increase in starts this year to 206 million square feet.

Office building projects have been strong as corporations aim to consolidate operations into headquarters and big projects in New York City drive up overall project values. Dodge anticipates that office construction in suburban areas will be a growing trend in 2017, fuelling a 10 percent increase in starts to 110 million square feet.

Finally, hotel construction could shrink by one percent to 70 million square feet following a huge 10 percent bump in 2016.

Expanding residential housing means an increased demand in K-12 schools, which will lead the nine percent growth in the sector. Higher education growth will be tempered, on the other hand, since enrollment and endowments have been disappointing of late.

Dodge predicted healthcare construction could increase by five percent in 2017 when they released their report in October, but the election of the Trump administration and his party’s agenda to repeal or severely revise the Affordable Care Act leaves the healthcare sector in limbo. On the other hand, spending on labs and drug development facilities could grow as the industry expects reduced regulation.

Religious institution construction has been declining overall since 2001, and while it could get a three percent bump this year, low attendance and membership indicates a low-growth sector in the near future.

Amusement and recreational buildings — which include theme parks, play centers, sports gyms and more — jumped significantly in 2014 and could likely do so again in 2017. Dodge predicts a 13 percent increase overall next year in this sector.

Industrial and Infrastructure Construction in 2017

Manufacturing has been hit the hardest since 2009, and 2016 was no exception. Overall project values plummeted in 2015 and 2016 by 32 percent and 29 percent, respectively. This dip follows a massive 83 percent spike in 2014, but the overall outlook is very volatile and mostly downward. Manufacturing facility starts were down by 10 percent this year, as well, but 2017 could see an appreciable seven percent increase in starts and a six percent increase in project values.

Public spending on highway and bridge infrastructure reduced by ten percent in 2016 but is expected to grow by five percent in 2017 to $62 billion. Dam and water resources construction as well as sewer and storm drain systems and water supply systems are expected to increase by eight percent to $34.2 billion. Those numbers could easily climb higher if the President Elect holds to his campaign promise to invest billions in infrastructure over the coming years.

One sector that likely will not benefit short-term from presidential campaign pledges is electric power and gas plant construction. Boosts in renewable energy power generation were offset this past year by shrinkage in gas plant and coal-fired power plant construction. The value of projects slipped by 26 percent last year and are expected to slide even further by 29 percent this coming year to $30 billion overall.

Even with the policy-driven expectation that oil and gas production will resume while coal energy gets a boost, these plans have miles of red tape to clear before they change the landscape of the sector. Strong future gains could be possible if the anticipated regulatory climate persists for many years.

Prepare for Opportunities in 2017 with Surety Bonding Services

Even with the moderate amounts of bad news, 2017 is looking up overall for the construction industry. Government spending on infrastructure is likely to increase significantly, as are the number of K-12 schools. Other opportunities lie in amusement and recreation construction, single family homes and office building construction.

No matter what projects you anticipate participating in, having adequate surety bonding backing your bid will be a significant competitive advantage. Review our available products to prepare for the year ahead and make sure to contact us online or via 1-800-953-6699 with any questions you may have.

Here’s to a year of building something amazing together!