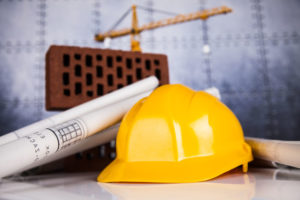 In 1935, the Federal Government of the United States passed a statute known as the Miller Act. This act requires that all prime contractors bidding on government projects have bonding secured in the total dollar amount of the project as well as the costs of materials and labor.

Under the Miller Act, all contractors must have a performance bond, which guarantees an amount to be paid if the contract is not fulfilled or is fulfilled contrary to the satisfaction of the officer awarding the contract. They must also have a payment bond, which guarantees payment for all materials and subcontractor services rendered as part of the construction contract.

Thanks to the Miller Act, construction firms not only have a more stable working relationship with government jobs but also a more stable industry overall. The bonding process instills confidence, which reduces uncertainty and the perception of risk.

All of these benefits and many more are attained through compliance with the Miller Act. You can read on to learn more about the Act, its requirements and how it benefits the government and contractors alike.

Why the Miller Act Was Written

Additionally, subcontractors and materials vendors still get paid for their contributions, negating the need for lengthy lawsuits or liens against the government, which would prove difficult for subcontractors to move forward with anyways given the many immunities the government wields against liability.

Beyond the immediate possibility of payment for non-completion, other secondary benefits are had from the Miller Act. Contractors who have poor financial practices, a bad track record or do not instill confidence in bonding companies will be denied a bond. Therefore, the government can feel more confident in companies with a bond behind their bid. Also, the ability for the government to sue contractors based on the surety deters contractors from nonperformance.

Payment bonds similarly instill confidence in subcontractors and materials vendors that they have insurance that they will be paid, allowing smaller firms to avoid unnecessary risks while keeping project costs lower as a whole.

Most states have also passed their version of the Miller Act, known as “Little Miller Acts,” with their own project limits and stipulations. So whether a government contract is state, federal or local, you are likely to need a bond to place a bid.

If you have any questions about the Miller Act or about surety bonds in general, you can look around our site for more information or contact us today to receive our prompt, knowledgeable response.